Re-evaluating Returns to Scale in transport

Re-evaluating Returns to Scale in transport 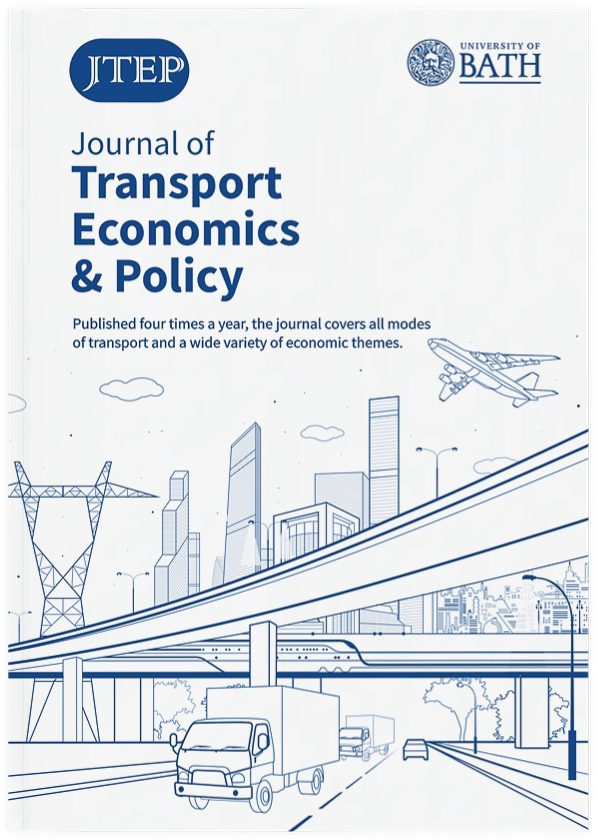 The paper argues that output characteristics are positively correlated with, and influenced by, firm size. When firm size increases, output characteristics also change in a direction that reduces unit costs. Drawing on evidence from the US trucking industry, an appropriate specification indicates that economies of scale may well exist.
Download Journal

On the Calculation of Scale Economies from transport Cost Functions

A method is presented to decide how to calculate the degree of scale economies from estimated transport cost functions which include aggregate outputs as arguments. It is shown that the cost elasticity of each of these aggregates should be weighted by a factor that depends crucially on the relation between the aggregate and the output vector.

Analysis of the Deregulation of the US trucking Industry: A Profit Function Approach

Rail Costs and Capital Adjustments in a Quasi-Regulated Environment

This paper reports on the estimation of a cost function using pooled data for major US railroads for the period of 1974-86. Analysis is performed of short and long-run returns to scale, the extent of capital disequilibrium, and the adjustments to capital in the heavily regulated and quasi-regulated environments before and after the passage of the Staggers Act in 1980. It is found that there is considerable overcapitalisation in the rail industry and that this has persisted in spite of the Act.

PrevPreviousRail Costs and Capital Adjustments in a Quasi-Regulated Environment
NextAnalysis of the Deregulation of the US trucking Industry: A Profit Function ApproachNext